Did you know that when the 2nd amendment was ratified in 1789, the typical Revolutionary-era musket had an effective rate of fire at 3 rounds per minute and a maximum accurate range of 50 meters? 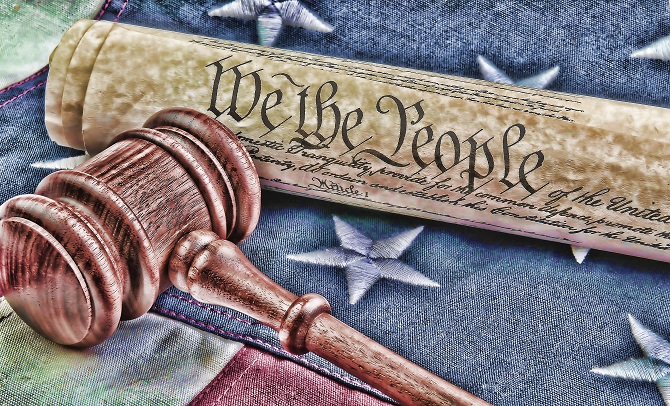 However, these arguments are often made with horrific images of mass shooting in mind. Mass shootings are put into limelight such that it’s easy to forget about all the wonderful benefits of the 2nd amendment.

Not only the 2nd amendment is a cornerstone to the freedom of American citizen, it also has economic, technological, and military benefits.

1. The 2nd Amendment Create Jobs and Grow the Economy

According to the data from National Shooting Sports Foundation (NSSF), the 2nd amendment and firearm industry has contributed a lot to the economy. 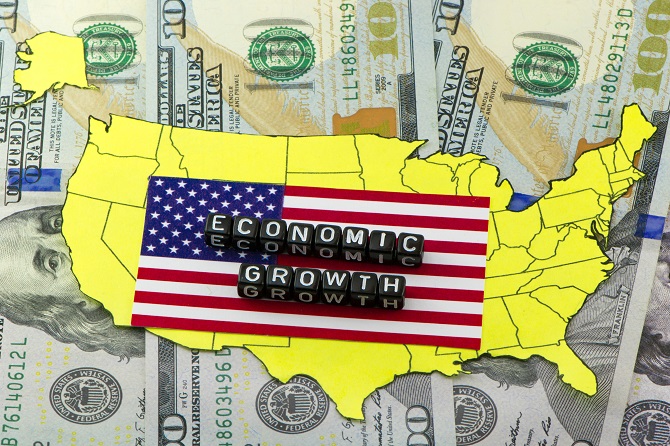 In 2017, over 300,000 people are employed in jobs that are connected to ammunition, firearms, or hunting with an average salary of almost $50,000 in wages and benefits. This number might not mean very much to you, so let’s break it down.

During the past 10 years, the number of full-time jobs has almost doubled (up by 87%) in firearm industry. While some industry such as the automotive industry were in the decline.

Not only do firearms provide substantial amount of jobs, it is also a major contributor to the economy as a whole. Just in 2017, the ammunition and firearms industry contributed over $50 billion to the U.S. economy.

Crunching the numbers, you can discover surprising facts. Many states with strict gun laws, such as California, New York, and Minnesota appear to be big gold mines for firearm industries.

Firearm industry annual tax’s percentage change over the past 10 years :

2. The 2nd Amendment Saves the Animal

Rather than being the people who are destroying the natural habitat and preventing conservation, American sportsmen are the ones who are saving it. The Pittman-Robertson Act of 1937 imposed a 10% (later a 11%) excise tax on sporting ammunition and firearms that is directed toward state wildlife conservation programs.

In 2017, the National Shooting Sports Foundation estimated that America’s sportsmen contributed over $700 million to wildlife conservation.

By contrast, other countries like China have to allocate government funds to spend on conservation. It plans to invest $1.6 billion in a Panda National Park over the next five years to protect endangered pandas. While the park will help the pandas, at least 170,000 people in Sichuan will have to relocate.

As in any industry, technology drives the gun industry. In the past 5 years we have seen a variety of developments in firearms, including smart guns, digital rifle scopes, and 3D printed guns. 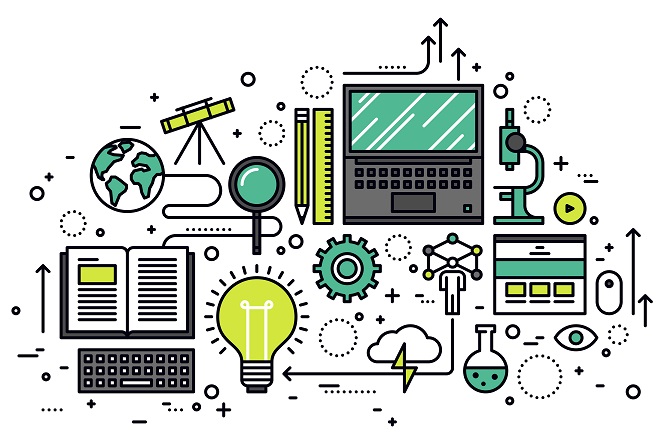 A startup gun company in Texas developed a firearm that is called the TrackingPoint rifle. It has an incredible color graphics display, and the firearm actually aims itself. When you pull the trigger, the firearm will not fire until the gun is in the exactly right place, factoring in variables like distance to the target, shake, and wind.

Even though it can take years to be proficient out to 500 yards, a novice shooter can do it on the first try with the TrackingPoint rifle. Plus, the company also included password protected feature for additional safety. Meaning that criminals won’t be able to utilize this advanced technology without obtaining the password from gun owners.

Another example, Simtek has developed a technology that allows gun owners to keep tabs on where their guns are stored. It works by using a smart sensor that send a message to a gun owner when someone access the storage space of the weapon.

Biometric validation is also a viable path for smart guns. Biofire Technologies, developed by a high school student in 2012, is one of the companies to do this. It plans to release its first smart gun very soon.

Digital rifle scopes are similar to smart guns, but the functionality is built in optics instead. Take a look at this ATN X-Sight II. It can calculate for you all the bullet drop, temperature, pressure, elevation and other things to make an accurate shot.

And it’s so much easier to use compared to traditional scopes. You can literally one-shot sight-in the scope to your firearm.

Not only that, one of its prime feature is to record and share your every shot real-time or afterwards on Social Media or just videos with your friends.

3D printed guns is an area of much contention. Since 2013 when the first working gun was made from a 3D printer, people have discussed the legality and safety of 3D printed firearms.

While we now know that today’s technology for 3D printed guns are not economical. The costs to produce one is prohibitive and the quality is lower than purchasing normal guns. Some people argue that 3D printing technology will continue to develop, making 3D printed guns more affordable and reliable in the future (May be in the next 10 years).

There are people who say that 3D printed guns will never become mainstream. As Larry Keane, the senior vice president of the National Shooting Sports Foundation, explained “People building homemade cars never had an impact on General Motors.”
No matter what the outcome, it is clear that firearm industry is another place innovations to take shape.

The United States is the biggest military spender, according to the 2017 Stockholm International Peace Research Institute report. It spent over $600 billion in 2017, which is over two times as much as the next biggest spender, China.

Even with this kind of spending and intervention in many wars, the United States has about 40% fewer active duty personnel than China (1.3 million for US compared to 2.3 million for China). This number difference is partly due to the fact that the many US citizens are already armed and can be turned into militia in time of need. This is definitely a strategic advantage as more funds can be invested in other weapons initiative such as weaponized drones or cyber warfare.

Estimating the number of guns, a study released by the Graduate Institute of International and Development Studies in Geneva says that 40% of all guns in world are owned by US citizens. We have approximately 121 guns per 100 civilians!

5. The 2nd Amendment Preserves Our Democracy 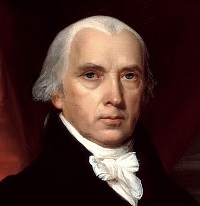 James Madison – “The means of defence against foreign danger have been always the instruments of tyranny at home. Among the Romans it was a standing maxim to excite a war, whenever a revolt was apprehended. Throughout all Europe, the armies kept up under the pretext of defending, have enslaved the people.”

Niccolò Machiavelli – “A government which does not trust its citizens to be armed is not itself to be trusted.” 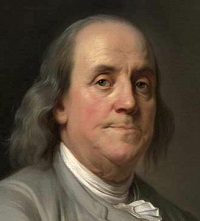 Benjamin Franklin  – “Those who would give up essential liberty to purchase a little temporary safety deserve neither liberty nor safety.”

Most gun control ideology treat the prospect of tyrannical government as lunacy. They think the gun rights group is a bunch of paranoia. 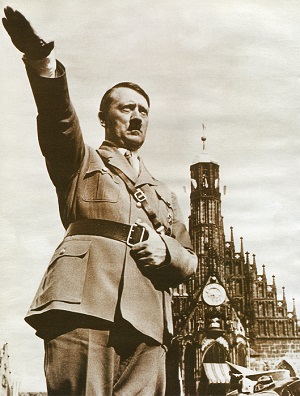 Ok, I can see an argument coming. Even though the US have so much guns, we still got mass surveillance right?
I must admit that guns are not the cure-all solution for tyranny. But at least we got some leverage, no?

6. The 2nd Amendment Creates the Culture of Self-Reliant

The last but not least benefit of the 2nd amendment is the ingrained idea that “If things don’t go your way, you have only you and yourself to solve the problem.”

Even though the US is one of the most developed country on Earth, we are still reminded that it’s important to prepare and protect ourselves. Compared with other developed countries, you’d hardly see as much doomsday prepper industry thriving as in the US.

How is this a good thing? Well, it should boost our survival rate in case of emergencies. But perhaps more tangibly, it helps with entrepreneurship.

Have you ever heard of the role model of Jeff Bezos, the owner of Amazon? It’s his grandpa! Jeff Bezos praises his grandpa as one of the most self reliant person he has ever known. And being self-reliant is one of the key reason for Amazon’s success.

Listen to this 3 minutes video if you’re not sure what I’m talking about.

Looking for a red dot for your AK? See Best AK47 Red Dot.

In closing, the 2nd amendment is an important part of not only American political policy and rights but also of American culture and society. Famous civil rights leader Frederick Douglass perhaps best sums it up in his response to post-Civil War segregation laws, “A man’s rights rest in three boxes: the ballot box, the jury box, and the cartridge box.”