Some studies suggest that guns do not have that big of an effect to reduce crime. If you’re interested in this claim, take a look at my personal investigation (involving mostly numbers and statistics which you can follow).

To be clear, I support gun ownership and the 2nd amendment. But I think that we, as a country, may need a better solution than good guys with very big guns to get rid of bad guys with guns. 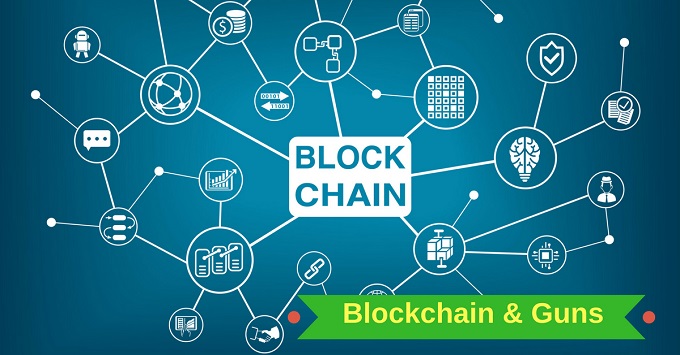 Many gun owners, including the majority of NRA members, support a better background check system. However, what and how to improve is an ongoing issue.

As debates rage upon this subject, blockchain is thought to be one of the most viable solution to this problem. It can create a decentralized database through which firearms information and buyer’s background check are available when purchasing firearms, but anonymous at other times. Simply put, it should make a more conclusive background check without the risk of entering the slippery slope of gun bans.

The Problem with Today’s Background Check

The majority buyers that bypass background checks are not criminals with ill intents to organize crimes. Sometimes buyers opt to avoid rigorous checks for concerns about their privacy. Also, purchasers with common names often get mixed up with criminals in NICS background check. This leads to delays (a delay of 1 year is possible), unwanted attention and denial of firearm ownership. And there are also some other nitty gritty details such as this case in the video.

On their parts, state governments fail to provide gun background check information to federal databases that track gun ownership in the country. Due to this, the FBI background-check system misses millions of records of criminal convictions, mental illnesses diagnosis, as well as other important details that can be used to keep guns out of potentially dangerous hands.

It is believed that government agencies that are responsible for submitting these data for gun background check lack the necessary systems that efficiently facilitate data transfer.

Blockchain is a decentralized database that stores transactions/data/events on a peer-to-peer network. The data are encrypted and linked together across this network, creating an immutable and unforgeable record.

On this blockchain database, you can choose to selectively reveal or not reveal your data to facilitate trade and transactions.

Blockchain put its data separated into many blocks, linking together chronologically (hence the name blockchain). When there is a new transaction/data/event, another new block will be added to record it. Each block typically contains a unique hash of the block (similar to fingerprint), a hash of the previous block and the data that it is designed to store. Anytime any data in a block changes, that particular block’s will also changes.

These attributes make blockchain very hard to hack or abuse, as any tampering with past data will make that block’s particular hash changes. Other blocks linking to it can be used to verify these tamperings.

Furthermore, a successful hack would need to hack at least more than 50% of other’s computers storing the blockchain across the network. Simply put, blockchain is currently a very secure system.

Other applications of Blockchain : Medicine, Agriculture and Supply Chain Management

Imagine blockchain being used as a digital medical record where each entry represents a block. This entry has a timestamp – time and date when the record was created. By design, this entry cannot be changed retroactively because we want the record of diagnosis, treatment, and so on. Only the doctor and the patient can access the information recorded in this entry and is only accessible to others when these two (doctor and patient) shares the record with a third party[14]. As you can see, this decentralized ledger technology can also be used in other areas for the same recordkeeping purposes.

This technology can be used to improve the credibility of products and product sources.

Blockchain can solve all this by incorporating import/export data of each ingredient mix into the ledger. That way, you can even check the source of the most granular part of your agricultural food.

In a similar way, blockchain can be used to manage all the links of today’s supply chain from manufacturing to distribution stages. This can increase the efficiency, reliability and the transparency of supply chains.

What Blockchain can do to our guns background check?

Similar to how Bitcoin buyers store their digital money in a Bitcoin wallet, trading back and forth can be verified and approved by blockchain. Here are the steps to complete a transaction.

This is very similar to private sales of firearms today. The only difference is that the seller would have no defence against not knowing criminal or mental-illness historical data.

Understandably, there is a fear of the government having the complete list of gun owners. But take Bitcoin as an example. Bitcoin got very famous in China due to the fact that it was successfully used as a tool for corrupted officials to siphon corrupted money out of the anti-corruption rule of President Xi Jinping.

As long as the blockchain is properly designed, we gun owners should be able to remain anonymous while complying to universal background check.

Note that a third party may need to develop and maintain this blockchain system to prevent any backdoor that a hypothetical tyrannical government can abuse.

Since it’s a digital ledger that record things, we can use it to gather data on other aspects of our life. Such as drug usage, driving behavior, safe storage, guns training and so on. We can then use that data to better predict criminals and other firearm accidents.

Certainly, this is an intrusion into our private life and potentially a path to the slippery slope. Thus we must be very careful with this aspect. That means these additional criteria should be very specific and must pass the agreement from the people, or else we’ll enter the slippery slope of gun bans.

A suggestion is to use the black-box system for the purpose of criminal behavior data collection. Companies like Tesla and Waymo put a black-box in their automated vehicle to investigate crashes. For gun background check, private personal data can be viewed by the public only when a person is convicted of a serious crime such as mass shootings. The public should be able to determine how “serious” these crimes should be to open the black-box.

Pros and Cons of Blockchain & Guns

There are definite pros and cons associated with blockchain and guns. Here is a look at some of the potential advantages and limitations of blockchain for gun background check : 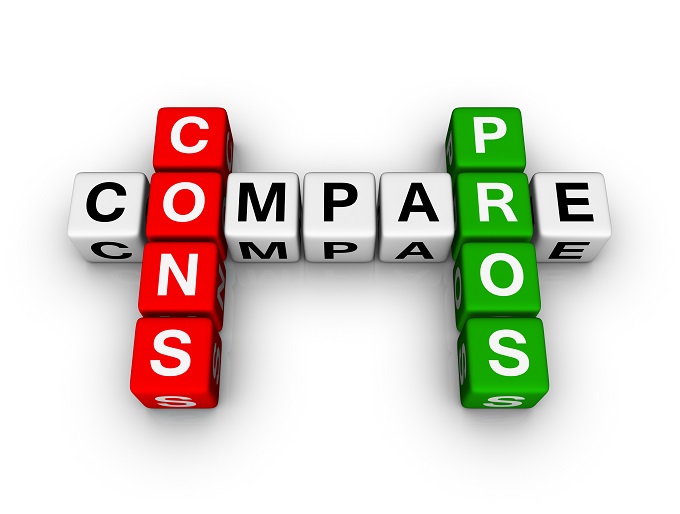 Opposition for Blockchain and Background Check

Despite being only an emerging idea, Blockchain in gun control is already receiving opposition from various persons as well as legislative bodies and members. They are particularly uneasy with the thought of a third-party system monitoring intimate information that comes tied with gun ownership. The issue of privacy is spearheading the opposition.

Arizona legislators last year completed a bill that sought to prevent Blockchain tech or any other electronic database from storing, locating gun use or ownership in a decentralized or centralized way. The main reason is that of privacy.

A similar bill was passed later last year by a Missouri state representative Nicholas Schroer. He introduced a bill that would make it illegal the use of distributed ledger (or other similar technologies) to hold a gun owner’s information.

With the development of smartphones, smart TVs, smart homes, it seems like IoT (Internet of Things) is becoming the new reality. The Internet of Things, or as some call it, “The Internet of Everything” is a scenario where everything including devices, humans, networks, etc. have unique identifiers and the ability to communicate over the Internet. It’s estimated that 46 billion devices, actuators, and sensors will be connected by 2021 and we’ll be towards fully actualizing IoT.

In the next decade, Your life would be surrounded by things like autonomous vehicles, smart homes, smart guns, artificial intelligence and other technologies. It’s just a matter of time that most of your personal information will be visible to a number of devices, with your consent because you want their functionality, similar to Gmail, Facebook and YouTube for example.

At the present time, the government already has access to a considerable public’s “supposed-to-be-personal” information including phone records, internet activity, financial records, and other things through “Mass Surveillance”. So, when it comes to your background data, it’s not about whether your sensitive information is collected or not. It’s about who is collecting it. If the decentralized blockchain system can protect your information better than the case of a centralized federal database, why not give it a try?