In this article, I try to answer one of the most debated topic about guns and crime. Do more guns lower or increase crime?

Obviously there are many who had done this study before. However, due to mixed results and doubtful politically-motivated conclusion, I need to do it myself. That is also true for you or any readers, thus I’ll write in such a way that it is easy for anyone to try to duplicate my results. Plus I’ll throw in my reasoning for data choice and will also try to be as neutral as possible.

I chose to compare states within the U.S. rather than comparing the U.S. to other countries. That’s because there are too many factors at play when you compare too different groups of people. Culture, income level, conflicts within the country and security level are some of the things that could play bigger roles than gun ownership.

For example, you wouldn’t want to compare the U.S. with Syria due to conflicts within that nation. Some people suggest European countries or Canada to compare instead. My reasoning is that European countries tend to have smaller areas of land and should be easier to manage in security aspect. While Canada also has large areas of land, it tends to be less populated. Here’s a comparison of population density per square miles. (https://en.wikipedia.org/wiki/List_of_countries_and_dependencies_by_population_density)

Not to mention cultural and economic differences. Comparing different countries would be interesting, but it will not answer my question.

Note that states in the U.S. are also vastly different. New Jersey is going to be much more densely populated than Ohio. But at least, states within the U.S. share more of similar cultures, government, income level than comparing to other countries.

Data for this Experiment

Here’s my list of data and sources for this experiment.

I get this data from Wikipedia : Firearm death rates in the United States which got its data from U.S. Census Bureau and FBI reports. This data set provides U.S. percentage of gun ownership by state in 2013.

Note that these numbers are approximation due to unregistered guns and illegal guns. That said, the number is likely the best estimate with little to none bias.

Here I use FBI’s violent crime data and definition. Violent crimes are defined as offenses which involve force or threat of force. It is composed of 4 offenses: murder and nonnegligent manslaughter, forcible rape, robbery, and aggravated assault. 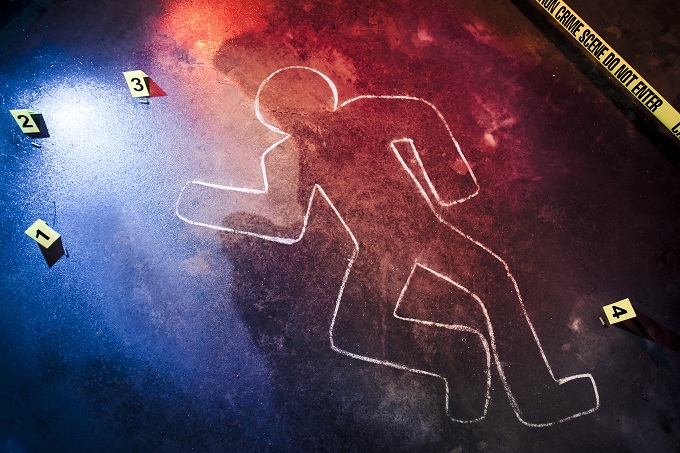 The data describes how many offenses occurred per 100,000 inhabitants in 2016. Note that my gun ownership data is from 2013. There will be some discrepancy on this.

Since the data comes from FBI database, there should be little to none bias. If there’s any bias, the number provided is going to be lower than reality, due to unreported cases or window dressing. (No evidence of such case that I know of.)

Here I use FBI’s property crime data and definition. Property crime includes the offenses of burglary, larceny-theft, motor vehicle theft, and arson. The definition of the theft-type offenses is the taking of money or property, but there is no force or threat of force against the victims.

The data describes how many offenses occurred per 100,000 inhabitants in 2016. Note that my gun ownership data is from 2013. There will be some discrepancy on this.

Since the data comes from FBI database, there should be little to none bias. If there’s any bias, the number provided is going to be lower than reality, due to unreported cases or window dressing. (No evidence of such case that I know of.)

Number of Key Gun Laws in each State

This is used to answer a different question, “Do stricter gun laws lead to less crime?”. I used data from Everytown Research to determine how many key gun laws each state had in 2016.

Note that counting number of key gun laws do not fully take into account of each laws strictness or effectiveness. An alternative is to use strictness of gun control rating by state. But that would add subjectivity into the equation. 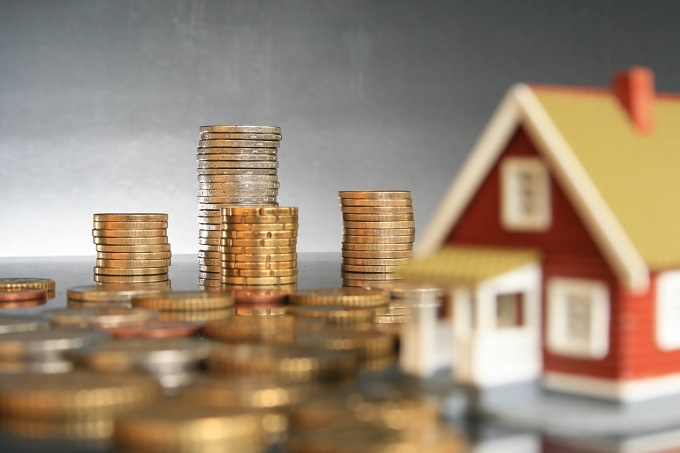 In my opinion, poverty should affect crime in a big way. Thus I’ll measure how big guns affect crime compared to a sure fire factor like poverty. 2016 Household Income is collected from the Census Bureau and is used to measure poverty.

Household income is defined as combined incomes of all people sharing a particular household or place of residence. It includes every form of income, e.g., salaries and wages, retirement income, near cash government transfers like food stamps, and investment gains. Put simply, it’s how much a household can spend.

This is my data table used to calculate.

Here’s the relation pair of what I’d like to find out :

Pearson Correlation is often used to determine whether a linear statistical relationship exists between 2 variables. In Microsoft Excel or Google Sheets, you can use this function by typing “=correl(Range1,Range2)”

Then you squared the correlation result to get how much % of factor 2 is explained by factor 1 (or vice versa).

To better analyze the data, one would normally use scatter plot in conjunction with correlation to help determine whether the data has linear relationship. If you plotted them, insert the trendline, and can still see other patterns with your eyes, Pearson Correlation might not be good enough. This is possible as the Pearson Correlation do not detect Exponential, Logarithmic, Polynomial or other relationship.

Note that correlation can’t determine causal relationship. For example, a strong positive correlation between guns and violent crime could mean either of these two :

Scatter plot does suggest some other factors at play. But the trend is recognizable in my opinion.

Apparently, there is little to no relation between number of key gun laws and violent crime rate. Maybe these laws aren’t so effective after all.

There is a slight negative correlation suggesting more gun laws does reduce property crime. Even though not by much.

From the data, it seems that more guns do not reduce crime. Even though some might want to conclude that more guns causes more crime, one must remember the fact that correlation offers no causal relation check. The flipside, “There are more crime so people buy more guns.”, can be equally true.

Gun laws do not seem to affect violent crime, but they do reduce property crime. Furthermore, people with more money tend to engage in less crime.

If you have any suggestions to improve my analysis, be it gang crime data, historical data set or a better method to do analyze all this, I’ll be glad to hear.