Anyone who enjoys hunting knows that the sport isn’t limited to recreational fun. The funds we spend on hunting will eventually be used by wildlife conservation organizations to foster ecological balance and maintain the well-being of wild animals.

Hunting and Wildlife Population in the United States

Hunting is a popular outdoor sport in the United States that millions indulge in each year. In an unregulated free-for-all hunting environment, wildlife surely perishes. Fortunately, that’s not the case in America.

According to statistics, hunting plays a major role in wildlife conservation here in the U.S.. Species like bear, elk, deer, and ducks have all thrived under smart hunting management program.

To measure the effectiveness of any conservation scheme, the bottomline is definitely the population number of each species. Here I take the official data from Fish and Wildlife department of each state. California deer population does not increase during 1992-2017. However their overall number is large and would not be considered “endangered”.

According to the numbers, we can conclude that the U.S. conservation model is effective.

How Can Hunting Be A Boon To Wildlife Conservation?

During the mid-1800s, wildlife population in the US started to decrease rapidly. This was primarily because of unregulated hunting and the commercialization of wildlife goods. Our highly evolving railway system exacerbated the damage, as game hunters could now directly send meat, pelts and other goods to urban markets.

This devastation of wildlife didn’t go unnoticed by American hunters. By the late 1800s, many hunters banded together and proposed rules to stop the overharvesting of wildlife. Theodore Roosevelt was one of the first people to champion this cause. In 1887 he established The Boone and Crockett Club with 21 other members from different fields. Together they worked for the preservation of large game across the nation.

Boone and Crockett Club most significant work is the foundation of the idea called “North American Model of Wildlife Conservation”. It does not have direct legislative power but serves as a basis for many wildlife conservation policies. Here are its principles.

Based from the principal of Boone and Crockett club, the Lacey Act was drafted by Congressman John Lacey in 1900 to thwart the illegal possession, trade, and transport of wildlife across different states.

Banning both trade and transportation, this helped stop the commercialisation of wildlife goods. Which is one of the biggest factor for the success of the North American Model of Wildlife Conservation. 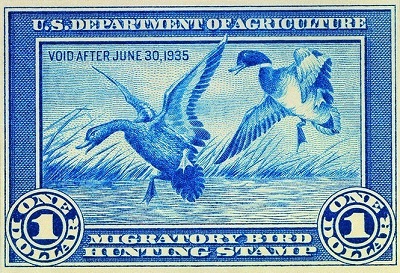 Federal licenses such as the “Duck Stamp” program are present since 1934. It requires hunters to purchase this stamp to hunt migratory ducks. Funds from this program is used to buy and preserve the wetlands for these species.

Before these acts, excise tax (about 10-12%) on firearms, ammunitions and fishing equipment went to the U.S. Treasury, which can be used to fund any government project. 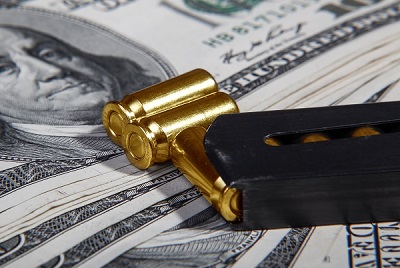 The Pittman-Robertson and Dingell-Johnson acts dictate that those excise tax goes to wildlife conservation project of each state. Furthermore, for every $3 from these funds, states must contribute $1 by using money raised from hunting and fishing licenses. As you can see, the scheme provides incentives for states to promote hunting licenses and improve hunting experiences.

According to the U.S. Fish and Wildlife, since inception until April 28 2015, both acts combined have generated more than $15 billion. And the recipient State fish and wildlife agencies have matched these funds with more than $5 billion over the years, mostly through hunting and fishing license revenues.

Pros/Cons of Hunting for Conservation

Since nothing is only good or bad, let’s dive into more details of pros/cons of hunting.

Many different conservation programs rely on the funds provided by hunters and anglers. Take California for instance, in 2018 around 29% of the funds for wildlife management programs come directly from Pittman Robertson Act, Dingell Johnson Act, hunting licenses and other hunting activities.

Note that nationwide funding from Pittman Robertson and Dingell Johnson Acts amounted to $1.15 billion in 2018. Just as a point of reference, I present you the funding of other wildlife program the U.S. has done.

Imagine how much better off these programs would be if they could apply the North American Model effectively.

When people hunt, they develop a strong sense of connection with nature and wildlife. Along with economics benefit. this results in wildlife preservation laws easier to pass.

Consider farming and urban expansion, which contributes to habitat loss for wildlife. These issues can be partly mitigate by laws and regulations on preserved wildlife areas. That said, it will not gain much support if people don’t see the benefits of having wildlife around.

1. Survival of the Weakest

Due to the logic that, hunters normally aim for the biggest, strongest animal, or one with the most gorgeous antler. Only the weak ones will be left to breed. Thus, these wildlife will become weaker and smaller over time.

We’ve been hunting for more than 100 years. If we can still beat the world records, wouldn’t this mean the argument is false? 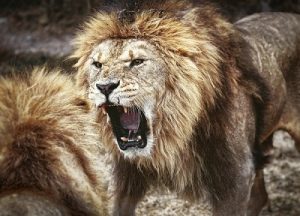 According to some theory, killing a pack leader animal means that the leader position is up for challenge. When a new male come into power, it often kill an entire generation of offsprings. Example of this are lions.

First of all, the number of wildlife is still rising. Thus there should be no problem how many offsprings were killed. Note that lions population is not rising, but they’re mainly in Africa. Which is rather mismanaged.

Second, about aggressive behavior, my opinion is that it is rather a habitat loss issue. And that’s why hunting, a cost efficient population control, is beneficial. If there are few animals in the area, they just can’t get too aggressive.

Even though hunting is a method for conservation, critics say that it’s unethical because hunters never care for the well being of animals. They do it for their own fun.

At least for me, I don’t really care about conservation when I hunt. But I think that’s a very acceptable notion, if we agree somewhat to Capitalism. I quote Adam Smith – “It is not from the benevolence of the butcher, the brewer, or the baker that we expect our dinner, but from their regard to their own interest.”

I think it doesn’t matter if we care for the well-being of animals or not. The North American Model of Conservation works. And both human and wildlife population prosper as a whole.

The Usefulness of North American Model with Other Continent Species

Apparently, the conservation concept works even for non-native species on U.S. soil. This could lead the way for the preservation of many other species.

Ranches in Texas show that as long as there is demand, other continent species be it African or Asian can thrive in smart wildlife management environment.

While the North American model has been visibly successful in meeting ecological and social goals, it is not a one-size-fit-all solution. Different culture, infrastructure and environment may require different kind of solutions. In this section, we’ll explore the success and the failures of other conservation models.

Wildlife tourism, wildlife valuables trade and trophy hunting are major sources of wildlife conservation efforts in Africa. One of the most notable success is the story of Namibia.

In 1980s, Namibia’s wildlife stocks were running very low due to a combination of severe drought, poaching and Border War. Luckily in 1990, Namibia passed a law that put the ownership and the benefits of natural resources and wildlife in the hands of local communities. Since wildlife are sought-after resources by many hunters and Chinese population in terms of medicine, this create huge incentives for Namibians to make use of wildlife in sustainable ways.

As a result, wildlife population in Namibia prosper. Elephants, lions, black rhinos and other wildlife population has been on the rise. Furthermore, in 2015, spending by hunters amounted to $105 million and this has supported around 8,400 jobs. Note that for Africa as a whole, hunter spending was $326.5 million and it supported around 53,000 jobs.

One of its biggest challenge is government corruption. In 2013, Bob Smith from the Durrell Institute of Conservation and Ecology conducted a research which demonstrated how the money allocated for anti-poaching and wildlife conservation eventually ended up with corrupt government officials. African countries like Cameroon, Kenya and Zimbabwe ranked in the top positions of this corruption index.

Giant pandas – Saving the giant panda from the brink of extinction with habitat protection and captive breeding has been one of the biggest success of Chinese wildlife conservation.

In 1988, China had only 1,114 Giant pandas. By 2014, the population of Giant Pandas was 1,864 and their designation changed from ‘endangered’ to ‘vulnerable’. This increase wouldn’t have been possible without the habitat protection initiatives taken by the Chinese Government.

Tiger farms – Due to high demand for wildlife goods as medicine in China. Many animals are captively bred for commercial purpose. Tigers, for example, are raised for skins, bones, claws and tiger wine. China claim to have 5,000-6,000 tigers in these farms comparing to estimated 45 wild tigers in China.

As of now, China has 13 Government sponsored Natural Reserves for the conservation of the Giant Panda. This number is yet to increase as the Bank of China has pledged at least 10 billion yuan ($1.5 billion) to create a massive panda reserve in the Sichuan province.

This translates to a huge burden on taxpayers’ money. Imagine if China wants to preserve tigers, rhinos and alligators as heavily as Giant pandas.

However, if your goal is to have thriving wildlife species along with the fact that humans can also get some benefits, a demand-based conservation like the North American Model is the best solution as of now.

← Guide to the best hunting scope

← Guide to the best hunting binoculars