According to a research by Grant Duwe, Director of Research at Minnesota Department of Corrections and a Ph.D. holder in criminology, at least 59% of all mass shooters in the US during 1900-2017 had either been diagnosed with a mental disorder or demonstrated signs of serious mental illness prior to the attack.

Yet, when the NRA, gun rights groups, President Trump acknowledge mass shooting as a mental problem, the Left dismissed all evidence and came up with these headlines:

Everyone is entitled to his/her own opinion obviously (as we respect the 1st amendment right). But it is important to point out the fallacies in Leftist arguments, in orders to inform open-minded gun neutrals and antis that a large part of mass shootings and gun violence are caused by mental illness.

As mentioned in the introduction, Grant Duwe’s work, “Mass Murder in the United States: A History“, examined all 185 public mass shooting cases during 1900 – 2017 and has found at least 59% of mass shooters in the US to either had been diagnosed with a mental disorder or had demonstrated signs of serious mental illness.

Note that in his work, mass public shooting is defined as any incident in which four or more victims are killed with a gun within a 24-hour period at a public location in the absence of military conflict, collective violence or other criminal activity, such as robberies, drug deals or gang turf wars.

Grant Duwe’s work is credible, but it is rarely wise to rely on a single opinion. Here are some other research on the same subject.

With these factors narrowly defined, at least 1/3 of mass killings are carried out by individuals with untreated serious mental illness.

*The varying percentage can be explained away with the difference in time period, definition of mass shooting and mental disorder.

As you can see, even with the cherry-picking of time period and definitions from the Left, they still can’t deny the significant relationship between mental illness and mass shootings because 22% and 25% are certainly not small fractions.

With these solid evidence, as high as 89% of US people, regardless of their political standing, agree on the need to prevent mentally ill people from purchasing firearms, according to a Pew Research Center survey.

But with the Left’s true goal of Total Gun Confiscation, they’re never satisfied with just keeping guns away from the mentally ill. They want all guns away from every law abiding citizen.

In the next section, we explore some of the Left’s popular argument why the mentally ill has nothing to do with mass shooting.

Leftist Arguments and Why They’re Wrong

Here are a number of popular Leftist arguments:

We’ll go over the details of each argument and also provide counter arguments.

Most mentally ill are peace-loving people. They’re far more likely to be victims of violence rather than being perpetrators.

The study found that individuals in the sample were at least 14x more likely to be victims of violent crime than to be arrested for one.

Poorer social functioning, address changes, fewer days of medication at baseline, history of arrest and assault were significant predictors of criminal charges for these monitored individuals.

This same number for persons without mental disorder nor substance abuse is just 2%.

Furthermore, first-episode psychosis patients have as high as 37% violent rate in the past 6-12 months.

The research also estimated lifetime violence rates, which are:

In this study, the mentally ill is approximately 3x more violent prone.

30% serious violent behaviour in 12 months is not exactly peace-loving.

It’s a good thing that our government recognizes and invests a substantial sum in treating people with mental illness. When these people get the medication they need, they’ll get less victimized, and in turn, conduct less violent behaviour.

Only 3-5% of overall US violence are committed by the mentally ill. That’s a very small insignificant portion.

Indeed, mass shooting accounts for only a small fraction of gun deaths. But since many anti-guns feel emotional about it, the resource spent on preventing mass shootings could be worthwhile.

Other factors are more predictive of violent behaviour than mental illness.

A research on alcohol as a predictor of violence reveals that alcohol users have only 0.47% – 5.86% probability of violent behaviour in the past 12 months.

Thus mental illness coupled with other factors proved to be very useful in predicting violence.

Suppose they’ve done the violence profiling job properly, they’d see that typical gun owners are not a threat to anyone in the society.

Michael Stone, a forensic psychiatrist at the Columbia College of Physicians, found that just about 2 out of 10 mass killers were suffering from serious mental illness. The rest had personality or antisocial disorders or were disgruntled, jilted, humiliated or full of intense rage. They were unlikely to be identified or helped by the mental-health system.

We’ll just have to invest more in mental illness detection.

Gun is a leading cause for suicide.

Firearm is the preferred suicide method, accounting for 50.6% of all suicides in 2017.

Suicide is another topic where people with little to no exposure on guns can see how bias the anti-gun groups are. To permanently fix suicide rates, you obviously need to address issues such as mental health, economy, social and culture, not guns.

Special Mention – Researchers’ View: A blanket prediction on the mentally ill is not fair.

According to the researchers of “Mental illness and reduction of gun violence and suicide: bringing epidemiologic research to policy”:

A blanket prediction of someone with depression and alcohol use disorder to conduct violent crime would be wrong 9 out of 10 times, an unacceptable odds which would stigmatize the mentally ill.

Let’s take a look at the mental health signs of recent mass shooters (as of June 3, 2019).

Note : Refer to the types of mental illness in the next section if you’re not familiar with mental health terms. 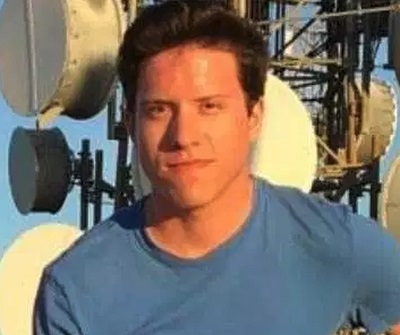 Yet, the Left still sees guns as the main culprit. So much for their “Common sense”.