Suppose one is considering whether he/she should get a gun for home defense, disregarding all other factors such as 2A supporter and fun of shooting sports, one crucial determinant is how fast and reliable the cops could come to his/her emergency call. 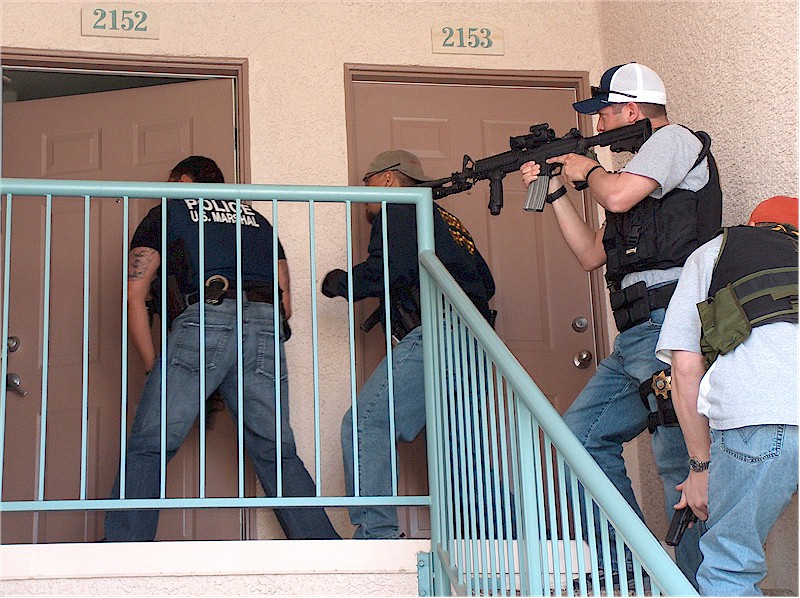 Many scientific studies (and common sense) tell us that the shorter the police response time, the higher arrest rate1, safety2 and satisfaction.

Time for Police to Respond to an Emergency Call

Daniel S. Bennett, the researcher made a series of Freedom of Information Act (FOIA) requests to 249 different police and law enforcement agencies across the nation for every record of Computer Aided Dispatch (CAD) systems during January 2015 to December 2016.

Though almost every agency responded to his initial request, only 57 agencies provided him with data citing technical limitations. Typical technical limitation is that their CAD systems were not designed to allow users to extract customized reports, and the default reports contained personal information, such as names, that would have to be redacted by hand and thus prohibitively expensive to assemble.

17 out of these 57 datasets were incomplete and were dropped from the study. Final sample of 40 datasets consists of 7.5 million CAD (Computer Aided Dispatch) events, of which, 3.4 million were public calls for service.

Before we continue, let’s take a look at some definitions.

From those 40 datasets, there are :

Police response time in minutes for each priority calls :

According to this data, 50% of the time (Median), police can respond within 8.8 minutes for priority 1 calls. Average and standard deviation are much higher than median, suggesting much slower response time for other unfortunate cases. 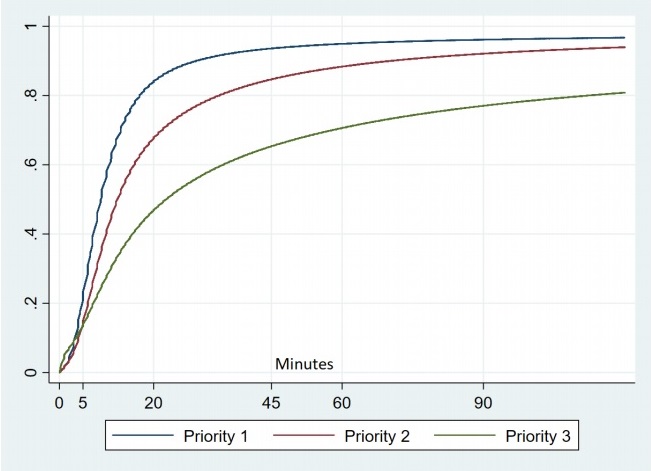 The above is a national data. Let’s take a closer look at police response time rate of each city.

*Population and land area data is from : https://en.wikipedia.org/wiki/List_of_United_States_cities_by_population24

Correlation tests on these 20 data points reveal that police response time has :

But guess what? There are tons of other not-so-obvious factors lying around such as race income, neighbourhood, crime frequency and more. Here are a list of factors with supporting paper.

Quite a number of factors contribute to police response time. But to determine whether the waiting time is long or short, we need to know how much time criminals need to conduct their evil deeds.

According to a 2013 research by SECURAMERICA33 :

Another research in 2012 by University of North Carolina at Charlotte, Department of Criminal Justice & Criminology34, employing survey data on 422 incarcerated burglars from North Carolina, Kentucky and Ohio, found that :

Obviously, there are cases where victims were not at home, or did not notice the invasion immediately. Thus, cases where police could come to prevent and protect victims from burglaries are even less than 60%. Luckily, most burglars aim for monetary gains and hurting victims aren’t their primary goal.

Data from RAINN.org36 suggests that :

Since average duration for rape is 4.5 hours, police response time is fairly good for this type of crime.

Criminals armed with guns, knives or other weapons can seriously injure victims within seconds.

Data from “Office for Victim of Crimes”38 regarding Homicide shows that :

For assault cases, data from “Office for Victim of Crimes”39 indicates that :

Since these types of crimes are done within matter of seconds while the police are minutes away, you certainly need some form of self-defense mechanism.

However murder, manslaughter and aggravated assaults are types of crime where police response time falls short, and you’d need to depend on your own defense mechanism.

“As the old saying goes, when seconds count, the police are just minutes away.”