Gun grabbers need to realize that gun control policies affect exclusively the law-abiding citizen. Criminals won’t take heed to any regulations and can easily get their hands on guns.

In this article, we explore the Dark Web to see if illegal guns can truly be acquired on the fly with just a few clicks away.

Many parts of this article cite data reprinted from UNODA Occasional Papers No. 32, October 2018 by Dr.Giacomo Persi Paoli (September 2016 – July 2017).

What exactly is the Dark Web?

The Internet can be conceptually broken down into 3 layers.

Due to the anonymity nature of the Dark web, many people use it to trade illegal items, such as drugs, illegal chemicals, illegal firearms, counterfeit items and child pornography.

Dark web is, by itself not illegal. Rather the activities done on the particular web determines whether it’s a legitimate web or not.

Shares of Surface web, Deep web and Dark web are as follow :

Payment on Dark web is often made through Cryptocurrencies

Other than the encrypted site that requires a specific software to navigate, Cryptocurrencies (e.g., Bitcoin, Litecoin or Monero) enable obfuscated and difficult to trace transactions, obscuring the link between real-world identities and the personas adopted on dark web marketplaces. 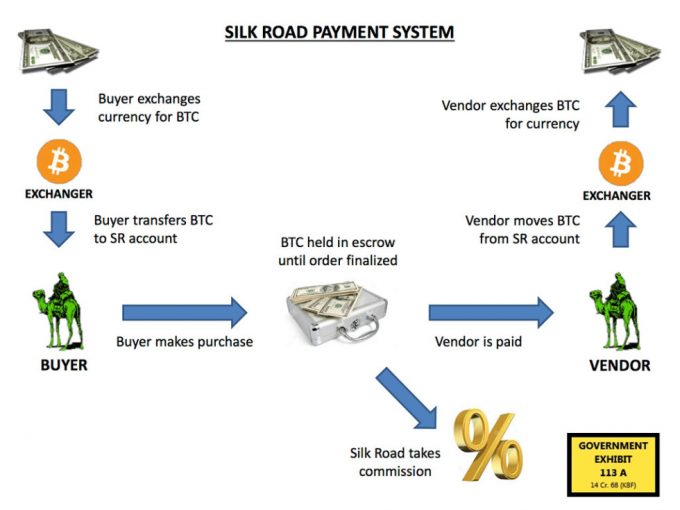 Bitcoin is the most accepted and widespread currency on the Dark web. That said, other cryptocurrencies such as Ethereum, Ripple, Monero can be used to facilitate trades.

2 types of marketplaces on the Dark web

There are, at present, 2 principal types of marketplaces found on the dark web:

Vendor information, vendor reviews, discussion forums, guides for vendors and customers, tips to minimizing the risk of detection, scam reports are available to facilitate trade on many Cryptomarkets.

Furthermore, Cryptomarkets provide third-party services that afford a degree of payment protection to customers: escrow (in which payment is released to vendors only after customers have received and are satisfied with their purchases) and third-party dispute adjudication.

For potential buyers, finding cryptomarkets is easier, in relative terms, than identifying a reliable and trusted vendor to purchase goods from.

Infographic showing the Geographies of Tor

Lyburd, 18-year-old who plotted a massacre at his former school in Newcastle, said buying the Glock was like “buying a bar of chocolate”.

In the past, getting into the dark web was very easy. All you had to do was download a dark web browser (“Tor” for instance), install, then you’re good to go.

However, due to heightened scrutiny and malwares, additional steps to access Dark web securely are recommended.:

Looking for a scope to put on your AK? SeeBest AK47 Red Dot.

The Weakest Link that could Compromise Anonymity : Delivery

Vendors must rely on postal services to ship physical products (such as drugs, ammunition and weapons) to customers.

Cryptomarket users identify these “offline” activities of dark web transactions as the primary source of risk for detection and apprehension by law enforcement.

For vendors, these activities include sourcing packaging materials and making drop-offs into postal systems. For buyers, receiving deliveries is identified as a risky aspect.

Here’s an example case where a Dark web vendor was convicted on Unlawful Dealing in Firearms.

Scams are more frequent due to untraceability

Before we dive into the data, here are its methodology and limitations

The project team employed a mixed-methods approach that included the following:

Number of Cryptomarkets with Firearms 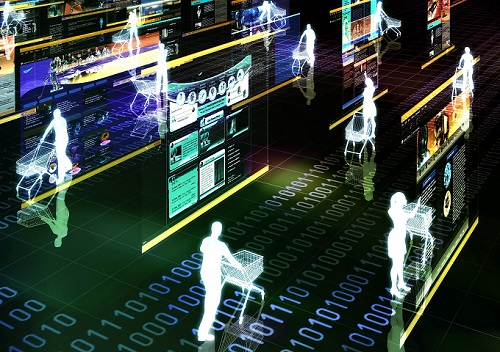 During the study, 18 Cryptomarkets were accessed and inspected.

Number of Firearms listings in Cryptomarkets

“+ in combination” section refers to when ammunition, accessories and parts were bundled along with firearms as “package deal”.

From data, bundled deal seems to be much more popular.

Firearms contributed to 0.2% of total Dark web listings and 42% of arms-related category on the Dark web.

A price analysis was conducted on the entire dataset of 811 listings both to identify the market value of certain type of weapons and as a first step towards the estimation of the gross revenue generated by arms trade on the dark web.

All 811 listing descriptions were reviewed for explicit reference to holding prices and none was found. Only one listing had an unfeasibly high price (US$ 99,999) and it was removed from any price analyses.

Unfortunately the study did not provide detailed description and models of each listings. Instead, aggregate data is provided.

Table 4 : Price Per Unit of Firearms Listed for Sale”.

*Data on bundled products (n=95) were omitted due to irrelevant comparison.

Further price analysis was conducted for the most common makes of handguns (i.e., those with more than 10 listings) to provide a more accurate reference point for price comparisons between the dark web price, offline (black) market value and manufacturer’s suggested retail price (MSRP)/recommended retail price (RRP).

Table 5 : Price per unit of handguns listed for sale for the most common makes

*Data on bundled products (n=62) were omitted due to irrelevant comparison.

Retail price for new Glocks in the United States can vary between $459 to $749, depending on the model. On cryptomarkets, the mean price is about 50% higher. Beretta pistols also show similar mark-ups.

For other makes (e.g., Smith & Wesson), the mean price appears to be more aligned with the retail price. 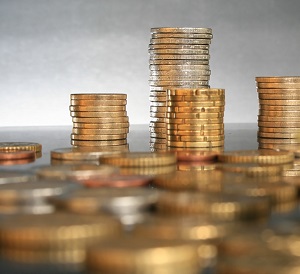 Sales number is estimated by using listings and feedback data. For each listing, the project team calculated the number of days between the date of data collection for each market and the date of the listing’s oldest feedback. The number of feedbacks for each listing was then used to calculate the rate of feedbacks per day. This rate was multiplied by 30 to provide an estimate of monthly transactions.

Also, Dark web markets that fall into the vendor shop category do not provide information that can be used to estimate numbers of sales generated; therefore, sales were estimated only for cryptomarkets.

With this method, estimates presented in this study could underestimate  the overall size and value of the trade.

*Active listings were defined as “listings that had generated at least one transaction at the time data collection was conducted.”

Overall, based on the data available, the value of arms trade on the 12 cryptomarkets analysed in this study can be estimated in the region of US$ 80,000 per month.

Where firearms are shipped from

Given the relatively small size of the dataset (811 listings), the project team reviewed each listing to identify other clues that could be used to increase the accuracy or level of confidence in assessing the “ship from” country or region.

The project team employed the following criteria (in order of priority):

*Active listings were defined as “listings that had generated at least one transaction at the time data collection was conducted.”

United States appear to be a popular source for arms. Possible explanation is that it’s relatively easier to acquire firearms in the U.S.. Additionally, vendors might use “Shipped from US” as a sign of quality, whether their products are really shipped from U.S. or not.

Where firearms are shipped to

Information on the locations of buyers is exclusively based on vendors’ stated willingness to ship to certain locations. When vendors are willing to ship worldwide, the data available does not allow the identification of the specific destination.

The packaging of firearms, explosives and other weapons must be sophisticated in order to disguise the consignment from customs and postal service screening.

Some of the common techniques include:

Admittedly, $80,000 sales per month is not an impressive number.

But the study might underestimate (as well as overestimate) due to some limitations mentioned earlier, which are :

But even if we adjust for these underestimations, the sales generated from Dark web is likely going to be much less than the estimated $17 billion generated from legitimate Guns & Ammunition industry in the US.

Does this mean that the Dark web arms trade is insignificant? Surely not.

According to a study conducted by Bureau of Justice Statistics on state prison inmates convicted of gun-related crimes in 1997, only 13.9% of criminals acquired firearms through retail outlets. The majority of criminals acquire guns through family/friends (39.6%) and from street/illegal sources (39.2%).

*Combined percentage not 100% due to rounding errors.

The key takeaway here is that criminals can acquire firearms through black markets. And the Dark web probably have made this task even easier.

Policy-makers should focus on regulating black markets, both online and offline, rather than disrupting legitimate markets.

If gun sales regulations on normal markets are stricter, it would likely be tougher for criminals to acquire guns through friends/families. But criminals could easily switch to buy from the Dark web or offline black markets.

One might argue that gun prices in black market are higher, thus increasing the cost for criminals. But rising prices mean more profit. This will likely attract more criminals to do gun trafficking, similar to drugs and sex trafficking, which could lead to the rise of new gun cartels.

Another sure achievement for gun control policies would be the disarmament of law-abiding citizen. Criminals would have all the guns they want, and law-abiding citizen will be left defenseless. Not a desired outcome for anybody, except criminals.

Dark web provides another channel for illegal firearms trade. Data from research suggests that firearms market size on Dark web is relatively small compared to that of the legitimate ones in the US.

Gun control policies will not stop criminals from getting their guns. Rather, they will leave law-abiding citizen defenseless. Policy-makers should, instead, rack their brains on how to regulate illegal black markets and the Dark web.